Hydrogen is fast becoming one of the most impactful resources in the global green growth strategy, but it’s got a negative past that needs addressing

In light of the recently announced deal between Japan and the United Arab Emirates, which will see the middle-eastern nation transport tonnes of hydrogen to Japan, to support their world-renowned green growth strategy, Supply Chain Digital is addressing the primary fear surrounding the world’s hottest commodity: that it’s extremely flammable and subsequently dangerous to use.

Let’s start with the very well-known, incredibly problematic image of hydrogen fuel that the majority have in their mind: the Hindenburg airship aflame. It’s an intense image and, after almost a century, it continues to have a powerful effect on the masses.

In fact, the disaster has become synonymous with hydrogen use. 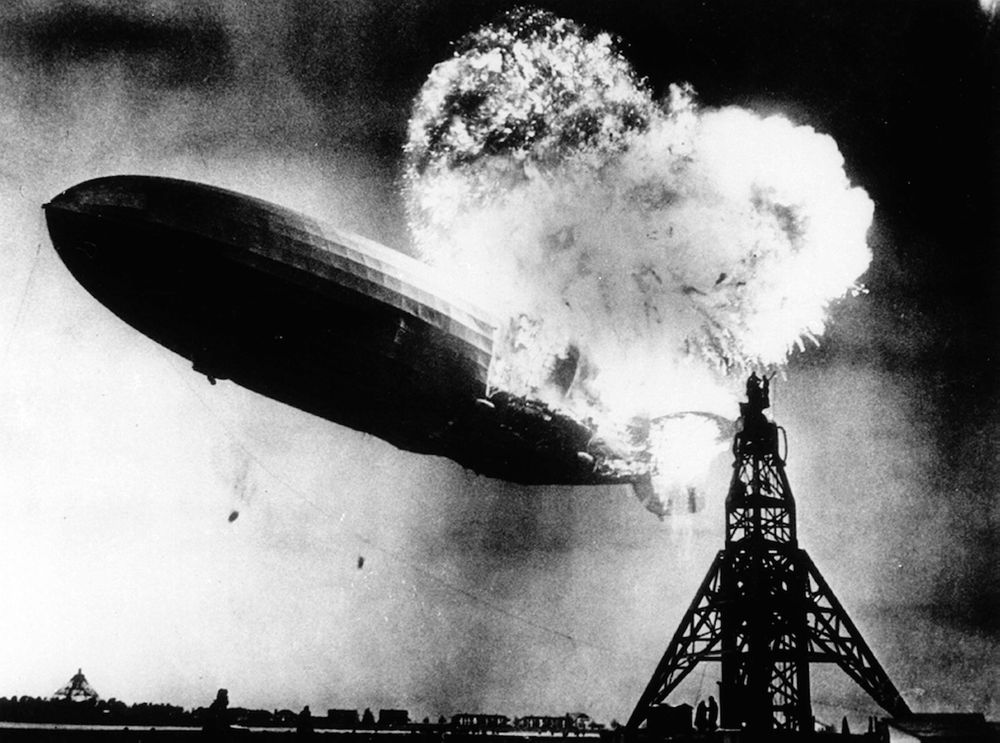 Let’s clear it up.

The Dangers of Hydrogen

Is hydrogen flammable? Yes, absolutely ─ the Hindenburg gave that away. In fact, hydrogen has a very wide explosive range compared to other fuels, and it’s difficult to prevent in circumstances where it might occur because you can’t smell, see, or taste the gas, and it burns with an invisible flame. Essentially, if it goes wrong, it’s incognito until it isn’t ─ by which point, it’s way too late.

However, we need to balance this out with another crucial question: Is hydrogen more flammable or more dangerous than the fossil fuel alternatives on the market today? No. On the contrary, hydrogen is categorically safer than diesel and propane, for example.

I’m going to run you through the key characteristics of hydrogen, with the assistance of Hydrogen Tools’ Hydrogen Compared with Other Fuels, so that you can gauge it for yourself: 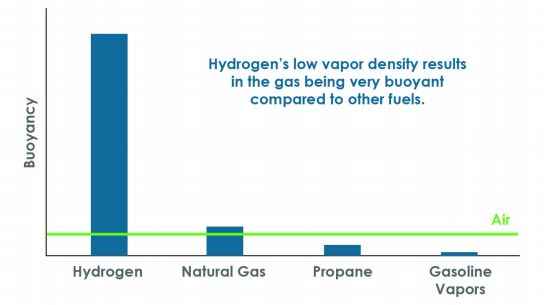 In 2001, Dr Michael Swain, in collaboration with the University of Miami at Coral Gables, attempted to simulate two car fires: one created by a 1/16th inch puncture in a gasoline fuel line, the other by a leaking hydrogen connector. Below you’ll see how his experiment played out:

As you can see, the gasoline-fed fire eventually consumed the second test vehicle, eventually leaving a smouldering heap of charred steel and melted glass, while the hydrogen fire subsided in less than two minutes with little to no damage to the car. After his experiment, Swain pointed out that while the gasoline fire was the result of a simple, small hole in the fuel line ─ a case of wear and tear ─, it would take a catastrophic failure of four separate safety systems for the hydrogen fire to occur. An unlikely eventuality.

So Why Are You So Scared?

The fact of the matter is: hydrogen is explosive and can wreak havoc if it does go off. However, assuming its users treat it carefully, as they would with any other fuel source, the gas is inherently safer than conventional fossil fuels.

The fear, I imagine, comes from the unknown. People are generally, sustainability issues aside, happy to use petrol and diesel, which are more flammable and subsequently more dangerous than hydrogen, yet there’s an overwhelming sense of doom-mongering in the rhetoric surrounding the gas.

So, fear aside, here are the facts when it comes to hydrogen versus fossil fuels:

I hope that’s cleared up some of the fears that any hydrogen-fuelled vehicle or system is going to go up in flames like the German passenger airship LZ 129 back in May 1937. We’re almost a century on, engineering and technology have come a long way, and it’s crucial that we start to use an alternative, environmentally friendly method to fuel our world.

Find out more
Check it out

Clariant: sustainability and transparency in procurement

Japan and UAE to Collaborate on Hydrogen Supply Chain